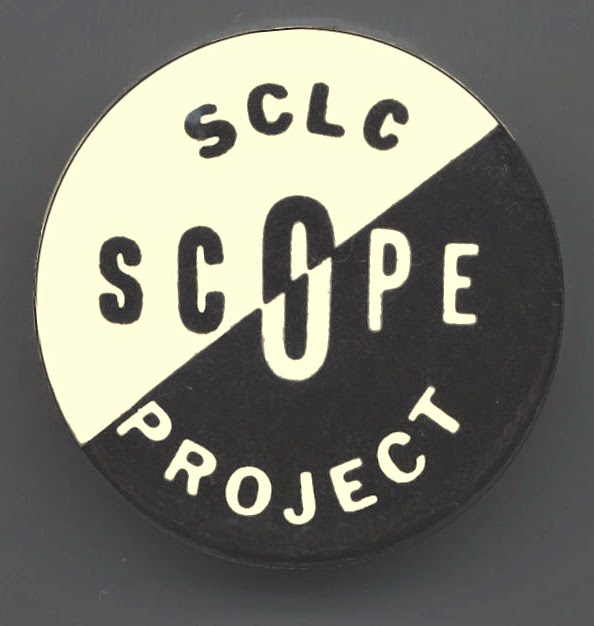 Atlanta, Georgia -- Throughout the 1950s and '60s, the Southern Christian Leadership Conference (SCLC) and its President Dr. Martin Luther King, Jr. were at the forefront of major Civil Rights struggles. In freedom battlegrounds as diverse as Montgomery, Birmingham, and Selma, Alabama; Albany, Georgia; St. Augustine, Florida; Grenada, Mississippi; and Chicago, Illinois, the leaders, staff, volunteers, and local affiliates of SCLC put their bodies on the line to redeem the soul of America.

In 1965, SCLC's Summer Community Organizing and Political Education (SCOPE) project – conceived and led by SCLC Director of Voter Registration and Political Education, Hosea Williams – mobilized hundreds of northern and local volunteers, mostly students, to support dangerous voter registration drives and implement the new Voting Rights Act in Black communities across Virginia, North and South Carolina, Georgia, Florida, and Alabama.  The black people who dared to go to the courthouse to register to vote not only put their livelihood at risk, but also their lives.  Those people who came South to help were seen as outside agitators and, if white, as traitors and were also at risk.

Now, 50 years later, we Freedom Movement veterans whose boots were on the ground during the Civil Rights era will hold a reunion and commemoration of those struggles in Atlanta, Georgia. We will share our stories, experiences, and the importance of voting rights to the younger activists of today.  We will also celebrate the 50th anniversary of the Voting Rights Act.

For more information and updates: www.sclcscope50th.org

Registration fee: $75 per person (does not include hotel room)


To register online, go to: www.sclcscope50th.org
Posted by David Childs at 8:08 AM No comments: