Answering the Call  -- by Sherie Labedis

Three times in my life I have felt called.  SCOPE called first.  Forty years later the call came again, this time to write a book about SCOPE Summer (You Came Here to Die, Didn't You). 2017 brought the call to participate in a new PBS series, "We'll Meet Again," produced and reported by Ann Curry.  I couldn't turn down an opportunity to tell part of the SCOPE story.

"We'll Meet Again" is about the connections people form when they are thrown together by powerful, life-changing circumstances.  These connections are dynamic and last over time, as you know.  "Who do you remember from SCOPE Summer that you have not seen or heard from since?"  That was the question I was asked last February by Blink Video, who shot the video for PBS.  I had an answer.  When I wrote my book, I tried to contact and interview everyone involved in the project in Pineville, SC.

I knew my answer immediately: Louis "Lefty" Bryant.  When we four white volunteers from the San Francisco area found that we lacked the "soul" and "color" to move people in Pineville to register, we asked Hosea to send us someone who could.  Lefty arrived.  Remember at the training in Atlanta when the staff reiterated that we participate in no direct action because we couldn't register voters from jail?  Well, the first thing Lefty got us to do was desegregate local restaurants – or at least try.  The last time I saw Lefty, he dropped me off at Allen University in Columbia, SC, in the Fall of 1965 and drove away.  I wanted to know what happened to this professional civil rights activist, but my book was not a research project, so I gave up on the search.  Now, here was an organization who wanted to do the research to find him and then to reunite us on camera.

The format for the series is similar to "Finding Your Roots" with Henry Louis Gates, Jr.  I traveled with a film crew to Berkeley and Santa Barbara, CA, and then to Charleston and Pineville, SC.  Blink interviewed folks in Pineville who had been part of the project, and filmed pertinent locations including our church, which was burned to the ground.  We met with two professors who provided research and members of Lefty's family and friends.  Our search and reunion are half of the series fifth segment, "Freedom Summer."  The other half follows Fatima Cortez-Todd and her search from the summer of 1964 in Louisiana.  Hours of video were made and it will be a lesson in film editing to see what the final hour-long product will be.

"Freedom Summer" airs on February 20, 2018, however, each segment is about "human history, — not from the point of view of kings or politicians or generals — but of everyday people on the front lines of massive events they have no way to control. Their stories tell us something about what we are made of." (Ann Curry) 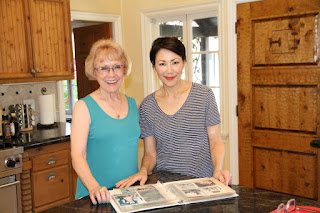 We SCOPE folks know about connections.  Almost 53 years later, we are still telling our story in hopes that it will illuminate another time of trouble where problems were met and solved in a way that changed this country.  I wonder where SCOPE will call me next?

We encourage SCOPE members to organize watch parties to view the February 20 segment of "We'll Meet Again" on the Civil Rights Movement, especially Sherie's portion.  This will be a good opportunity to gather with one another and perhaps make others aware of the SCOPE project and our history.  We are organizing several watch parties in South Carolina.

Running for Office and other Electoral Challenges

At the annual SCOPE50 Board meeting, one of the issues discussed was that SCOPE50 could help recruit candidates for public office, such as school boards, state legislature, and Congress, and provide them with information about the political process.  With that in mind, John Reynolds ran for the Seabrook Island Town Council in the November town election.  In addition to several incumbent Town Council members, he was also running against an excellent woman candidate, who is an activist in a local Green Space conservancy organization.  Unfortunately, John was not elected, although the woman did get elected to serve on the previously all-male Town Council.

Since we are coming up on the celebration of Martin Luther King, Jr. Day, this would be a good opportunity for us to begin to work with churches and other organizations in our communities.  In South Carolina we are working with the Sea Islands Action Network and the League of Women Voters.  One of the focuses in South Carolina and Alabama will be on voter ID and helping people to get the official ID's that the states will accept.

During the Alabama special election in October, black voters exceeded expectations of their turnout.  The turnout level was greater even than the turnout for Obama in 2012.  A fairly good turnout in the Black Belt of Alabama was expected, but even in other areas, such as Pike County, the turnout was heavy.  This demonstrates that blacks will turn out when they realize that their lives may be affected by a candidate.

We received word on Saturday that our brother John Bascom had a fatal heart attack on Friday, January 5.  John Bascom worked with SCLC for a number of years under Hosea Williams, and later as a part-time assistant to Dr. Abernathy.  John was just a few months short of his 80th birthday. 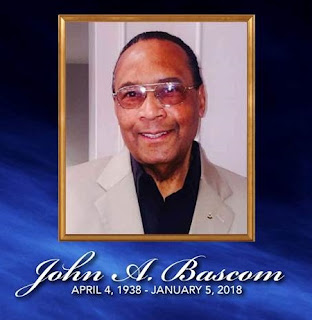 We also lost Isaac Newton Farris Sr., Dr. King's brother-in-law.  Mr. Farris was a founding member of the King Center Board of Trustees.  He was an entrepreneur who served as a project manager for the construction of the Martin Luther King Center for Non-violent Social Change.  Farris was a deacon and trustee at Ebenezer Baptist Church, where he was a member for more than sixty years.

Anniversary of the Women's March

January 20 will be the one-year anniversary of the Women's Marches, and marches have been planned throughout the country to commemorate this historic event.  SCOPE50 supports this effort.  The march in Charleston will be a rally for electoral justice and is in honor of the legacy of our own Septima Clark, who was instrumental in the SCOPE project through the SCLC Citizen Education program.

Lanny Kaufer will be doing his presentation this month at the Naval Base in Ventura County as part of the Martin Luther King, Jr. Day celebration.

Posted by David Childs at 11:19 AM No comments: